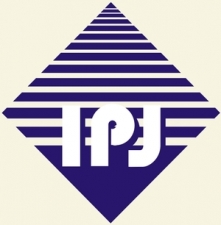 In 2010 our institute was again ranked among the best (class A) research organizations. This was mainly thanks to a large number of publications in prestigious scientific journals. A good example is given by prof. Janusz Wilczyński, who was awarded the prize for the best achievement in IPJ in 2010 in basic research. He published a series of papers in “Physical Review Letters” and “Physical Review” devoted to the discovery and study of a new mechanism of fast ternary or quaternary breakup of a heavy system into massive fragments.  Experimental results obtained at  LNS Catania in collaboration with an international, mostly Italian and Polish, were analized and interpreted by prof. Wilczyński and his collaborators.

The corresponding award for applied research was given to dr  Łukasz  Świderski for studies of liquid scintillators, in particular loaded with boron-10, as neutron detectors (work done in collaboration between IPJ and Germany). This work was a response to the world crisis of the shortage of 3He, needed for neutron detection. Such detectors are used e.g. for security control at all borders and airports. The results of dr  Świderski show a path for application of liquid scintillators as neutron detectors for border monitoring.

The synergy between basic and applied research was always the strong point of IPJ. The most evident case of this synergy is the construction of  sophisticated apparatus for large international experiments. The largest one – the LHC at CERN in Geneva - began to collect data with the world record collision energy of 7 TeV. They are being analyzed with the participation of our physicists. In order to reach the designed beam energy and intensity, one needs to modernize several elements of the accelerator chain. In 2010 IPJ delivered for CERN a proton buncher and  started preparation for production of Pi-mode Structures for the Linac4 accelerator.

The second largest European research project  is the X-ray Free-Electron Laser (E-XFEL). The Polish parliament ratified the XFEL convention and IPJ was nominated to represent Poland as the EXFEL GmbH shareholder. Most of the 21 mln € of the Polish contribution will be provided in-kind. This includes elements of the accelerator delivered by our institute. IPJ was also granted over 4 mln € to provide Neutral Beam Injection elements for  the stellarator (thermonuclear reactor) W7-X being built  in Greifswald, Germany. Our experts are participating in the design of the European Spallation Source in Lund, Sweden. We are also considering   contributions to other large research projects in Europe, especially those from the ESFRI  roadmap.

Development of new technologies resulted in 2010 in a few patent proposals. A method of surface modification by ion beams to make better forms for the production of rubber elements was given an award at international exhibition ITEX in Kuala Lumpur. It was a joint development with the Institute of Electronic Materials Technology (ITME) in Warsaw and the Institute for Engineering of Polymer Materials and Dyes (IMPiB) in Toruń. Another award was given at the International Exhibition of Innovations in Warsaw to IPJ and the Techtra company for a new detector for non-destructive industrial radiography.

An important element of the mission of our institute is to share the excitement of front-line research with the general public. It is not easy, however, for scientists to meet the demands of the media to present in just a few sentences  the essence of a sophisticated theory or an advanced technology. This changed when dr Marek Pawłowski was appointed the IPJ Spokesman. Journalists appreciated his role in bridging the gap between scientists and the media and granted him a special award in the “Science Populariser of the Year 2010” contest. In the perspective of implementing nuclear power in Poland, society requires quite detailed information on  this subject, given in an understandable way. This is the mission of our Department of Training and Education and the passion of its head, prof. Ludwik Dobrzyński. For his achievements he was awarded in 2010 the Medal of the Komisja Edukacji Narodowej.

In addition to a research and information service related to nuclear power, IPJ has begun preparations to support public administration and future investors in this field. In the frame of the  Świerk Computing Centre Project we hired a number of young people to create the Reactor Analysis Team. With the support of the International Atomic Energy Agency and experts from the Czech Republic, France, Japan, Korea and the US, they are learning  intensively how to simulate phenomena inside a reactor and make safety assessment analyses.

These activities are organized together with the  Institute of Atomic  Energy POLATOM – our neighbor at  Świerk. Following our common initiative, the Minister of Economy supervising the two institutes decided to begin the process of merging them together. This will be the largest research institute in Poland having about 1000 employees. I hope that the next issue of the Annual Report you receive from Świerk will have on the cover the name of the National Centre for Nuclear Research.