10B stable boron nuclei introduced to malignant cells are irradiated with low ener­gy neutrons. Neutron energy is selected depending on the depth at which the to-be-destroyed cells are located. Thermal neutrons (energy < 0.05 eV) may be used close to the body external surface, more deeply penetrating epithermal neutrons (energy from 1 eV to 10,000 eV) – for more deeply located tumours. Neutrons traversing body tissues slow down. Once their energy drop down to the thermal region, capture-on-boron reaction cross section dramatically increases. Having captured a neutron, stable 10B nucleus transforms into meta-stable 11B nucleus, which almost instantly decays along one of the following paths:

Both particulate reaction products (7Li and α-particle) transfer their energy into the surrounding tissue at a high Linear Energy Transfer (LET) rate, so they are stopped already after 5 and 9 µm, respectively. Such small ranges are comparable with size of many malignant cells.

If boron atoms have been selectively introduced into malignant cells only, dose of high LET (hence lethal for cells) radiation will be localized within such cells only, surrounding healthy tissue will remain intact.

BNCT is a promising therapy in case of cancers resistant for traditional therapies, mainly glioblastomas and melanomas. Glioma is a very malignant brain cancer (patient survival time counted in months). Melanoma is a skin cancer known of frequent metastases to brain. Cancers of both these types are usually disseminated and oxygen-poor, which makes both surgery and chemotherapy difficult if not impractical. Chemotherapy of gliomas is also ineffective due to the blood-brain barrier. Selective deposition of lethal short-range radiation within malignant cells only may be an effective technique to treat such cancers. However, not all shortcomings of the BNCT technique have yet been overcome. The key issues are: (i) it is still difficult to generate and control beams of neutrons of therapeutic  quality; (ii) boron carriers are still not ideally selective/adequately efficient. 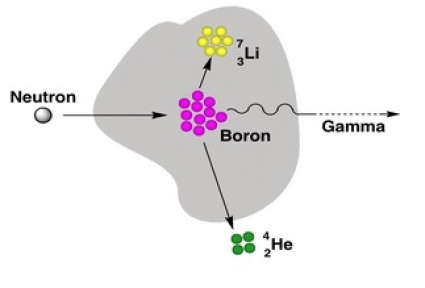 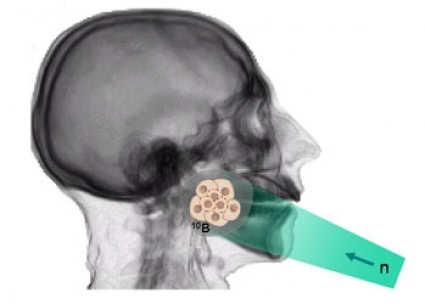