To evaluate deposited dose is a pretty complicated task. Products of the 10B (n, α) 7Li reaction include photon, α-particle, and recoil nucleus. Other reactions of neutrons with healthy tissues include:

All the reaction products may interact both with malignant cells and with healthy cells. According to the common approach to dosimetry in BNCT, the following four components of the deposited dose are taken into account:

The higher radiation LET, the larger biologic effect (in comparison with radiation of the same energy deposited along a longer path). That dependency is described by Relative Biological Effectiveness (RBE), a parameter of ionizing radiation defined as the following ratio: dose of the reference radiation producing the same biological effect to dose of the given radiation. BNCT treatment exposes both malignant and healthy cells to mixed radiation field of high-LET and low-LET components, even if beam of epithermal neutrons was ideal. Therefore the key merit of the therapy is its ability to selectively accumulate 10B in malignant cells to as much higher concentration than in neighbouring healthy cells as possible. 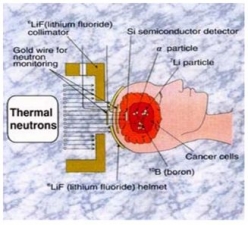 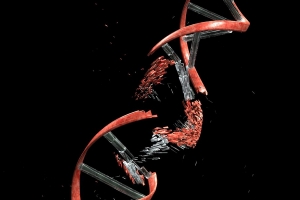 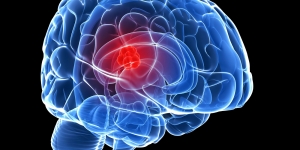 Since biological effect depends on micro-distribution of 10B, more adequate indicator than RBE is needed in BNCT. Values of RBE coefficients determined for each component of the mixed radiation field (dependent on the used 10B carriers) have been named Compound Biological Effectiveness (CBE) factors. CBE values depend on numerous additional factors, such as the method/the way the boron carrier has been administered to the patient, distribution of boron in malignant/healthy tissue, or even size of the malignant cell nuclei.