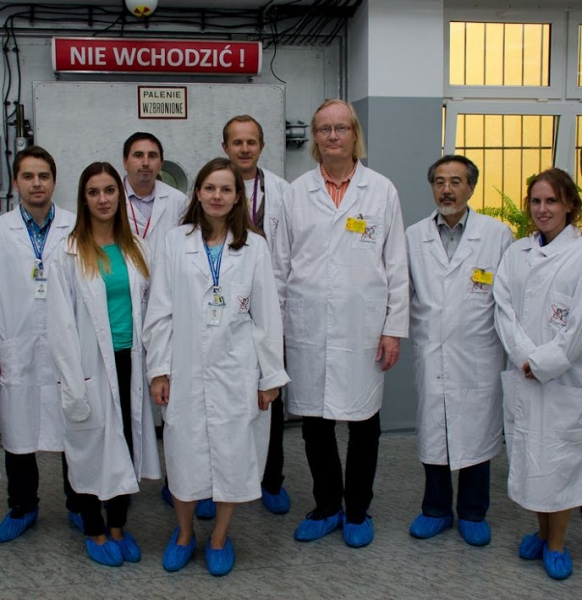 The project to develop a BNCT test stand at the MARIA research reactor in Świerk is in line with global trends reflecting renaissance of the BNCT cancer therapy  – said Professor Grzegorz Wrochna, NCBJ Director General – Due to some unique features (like high neutron flux), MARIA is very well suited to such innovative research.

Boron Neutron Capture Therapy (BNCT) is a cancer treatment method used to cure some cancer types, in particular brain cancers. The therapy consists of two stages: (i) Boron carrier i.e. a preparation containing boron-labelled molecules much more readily picked up by malignant cells than by healthy cells is administered to the patient. For about 2 hours the molecules selectively penetrate cancer cells. (ii) Next the patient is irradiated with epithermal neutrons for a couple of tens of minutes. Boron atoms very easily capture such neutrons. Having reacted with a neutron, boron nucleus decays to a high energy a-particle and a lithium nucleus. Both these reaction products deposit their energy locally within the malignant cell, killing it without damaging healthy cells in vicinity. BNCT has been shown to be a successful method to treat polymorphic gliomas, recurring neck cancers, colon cancers, malignant melanomas.

So far BNCT treatment was impossible without access to a research reactor. However, intense works are under way all over the world (including Japan, Argentina, Italy, China, Russia) to develop a machine capable to replace reactor in such applications. Neutron generators could be deployed directly in oncology clinics.

Before the BNCT therapy can routinely be applied in hospitals, physicians must get suitable training in research/educational centres located at the few research reactors operated in the world. The MARIA research reactor in Świerk is technically well adopted to produce epithermal neutrons on uranium converters – said Dr.Michał Gryziński, Head of the Mixed Radiation Dosimetry Team in NCBJ Świerk. – Recognized experts in boron carriers applicable in BNCT are available in the country, while infrastructure, know-how and various profile people engaged in the development of that therapy are available in Świerk. We must take advantage of these assets!

Two new test BNCT stands at the MARIA reactor are currently under development within the framework of the Neutrony H2project. The works include refurbishment of rooms to deploy uranium converter. The stands will make possible not only to train experts in BNCT, but also to conduct research on beams of epithermal neutrons/boron compounds, to optimize BNCT therapy planning algorithms, to test shielding materials/dosimetry gauges, to conduct research on living cell cultures, to develop methods to combat herpesvirus sclerotia/parasites (e.g. nematodes). 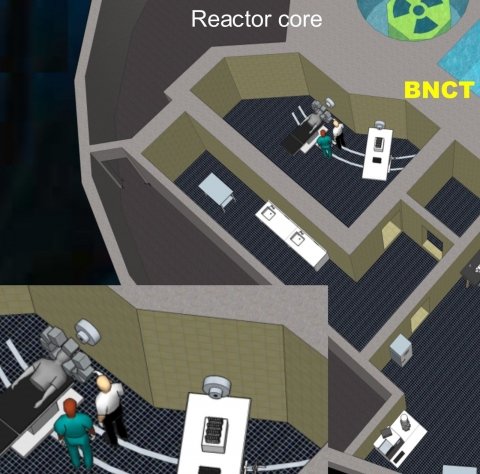