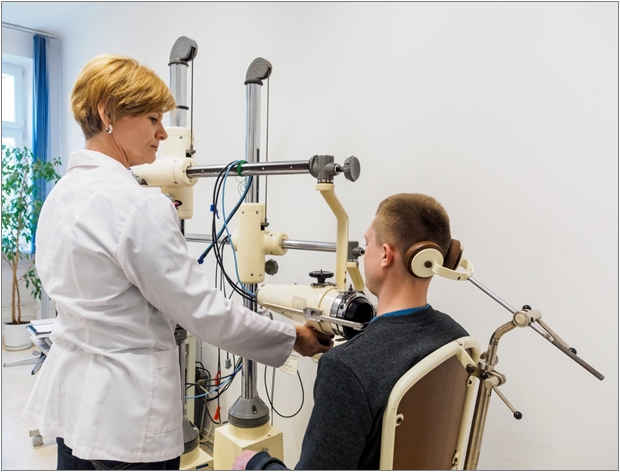 Dosimetry is the part of physics that deals with measuring doses of ionizing radiation acting on the matter (including human bodies). Radiation protection divisions perform dosimetry measurements, monitor emissions, radioactive contamination (if any), and try to minimize (within reason) the influence of ionizing radiation on workers, population, and the environment.

Radiation Protection Measurements Laboratory of NCBJ consists of specialized teams dealing with specific types of measurement. Lab’s showcase is its Contamination Measurements Team. They perform internal contamination measurement of humans with the aid of Whole Body Counter, Thyroid Activity Counter, and radiochemical measurements of urine, as well as estimations of equivalent doses and committed effective doses. Those measures are taken to protect people who either somehow absorbed radioactive isotopes or work in the conditions that make such an event possible (like in the labs with open radioactive sources or in the reactor). Contamination Measurements Team together with Dosimetric Supervision Team provide the radiological supervision of the Świerk Nuclear Center area through constant measurements of radiation fields and analyses of environmental samples. The center’s influence on environmental water, air, and the soil are constantly monitored with the aid of stationary and mobile devices. Dosimetric Instrument Calibration Team operates a unique lab where one can attest and calibrate dosimetric devices for gamma and neutron radiation and dose measurements, as well as detectors and meters for surface contamination with alpha- and beta-emitting radionuclides.

The LPD visitors are shown Team locations and some of the used devices. Dosimetry center where constant monitoring of the MARIA’s environmental effects takes place is also on the menu. One can also learn how LPD staff conducts its measurements through radiological analyses of soil, water, and air samples. The visitors are introduced to the Whole Body Counter and Thyroid Activity Counter. Visitors are also shown how calibration of dosimetric devices is being conducted and get a short course on the usage of radiometers.

Booking of the visit

Registration for the current series of educational trips (January - June 2023) is conducted by phone (+48 22 273 16 12).
ATTENTION!
We regret to inform you that no trips to the MARIA reactor will be organized until the end of June 2023.