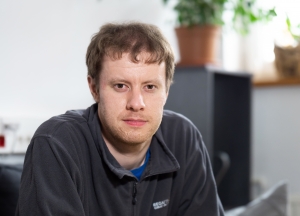 Dr William James Pearson from the NCBJ Astrophysics Division received one of this year's scholarships from the Minister of Education and Science for outstanding young scientists demonstrating significant achievements in scientific activity. Dr. Pearson is one of three young scholars awarded in the astronomy category.

The laureate describes his achievements and his scientific plans for the future:

My work so far was focused on the formation and evolution of galaxies using modern machine learning methods. Over my career so far, I have improved the XID+ tool that deblends far-infrared objects. This increased its efficiency and sensitivity and allows me to work with faint data, commonly found in the most modern and sensitive observations.

I was the first person to conduct a study using galaxy mergers identified with deep learning. I was also the first person to use simulated galaxy mergers to train a deep learning algorithm and apply it to observations of the Universe. I have also used the widest redshift range for a self-consistent study into the relation between a galaxy’s mass and star-formation rate.

My immediate future work continues this theme. I am currently training a deep learning algorithm with simulated galaxies to be able to identify the time until these galaxies merge. I will apply this to real galaxies and will be able to track the change in star-formation rate as a merger progresses in observed galaxies for the first time.