New superheavy isotopes are likely to be produced soon 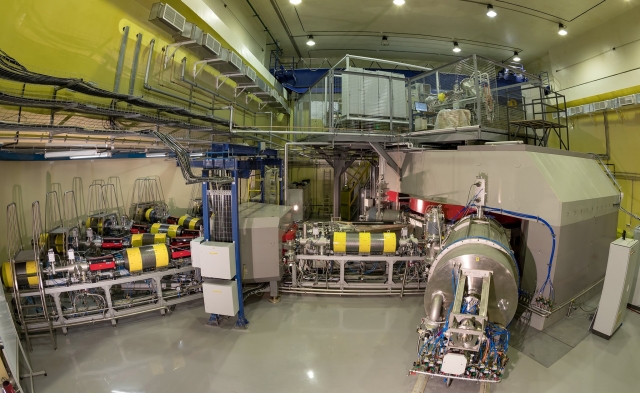 Calculations made by Polish scientists in cooperation with a group of scholars from Dubna (Russia) allow predicting with previously unavailable accuracy the possibility of producing new isotopes of superheavy elements. In the article published in the prestigious journal Physics Letter B, they presented the most promising production channels for a wide range of isotopes with the atomic numbers from 112 to 118 in various configurations of nuclear collisions leading to their formation. The predictions appear to be reliable, as they are confirmed with excellent compatibility by the experimental data available for processes already tested.

In the article, to be released in October in the prestigious journal Physics Letters B, an international team of five scientists present new, promising predictions for the probabilities (cross-sections) of the production of heaviest isotopes of superheavy elements with the charge numbers from 112 to 118. Following future experiments, the calculations have been carried out for the fusion processes induced by Ca-48 calcium projectile. Polish scientists – prof. Michal Kowal, head of the Department of Theoretical Physics from the National Centre for Nuclear Research, and Dr Piotr Jachimowicz from the University in Zielona Góra – presented the results of their calculations along with the effects so far not taken into account, but having a high impact on the accuracy of the final results.

”Until now, the effects related to the shell nature of the saddle points in nuclear fission have not been considered at all, when calculating the probability of the formation of superheavy isotopes” – explains Prof. Kowal. „All researchers assume, that there are no quantum effects on this crucial nuclear configuration in the fission process. We included these effects in our research and provided a recipe for suppressing them as the formation temperature of a superheavy nuclear system increases. Such calculations have not been presented previously in the literature”.

To get the result, the researchers used a statistical study, that generates millions of states above the ground state and the saddle point. They described in detail the method and results in a study submitted for another publication. „Based on these results, it was quite easy to calculate the survival probability of the nuclei formed through a specific collision of a projectile with properly selected target” – says Prof. Kowal. „We simply estimated the competition for fission with different other decay channels, using a basic definition of the survival probability of a compound nucleus, without using an approximation”.

By studying the stability and analyzing the possible decay channels of the formed nuclei, scientists took into account decays by emission of neutrons, as well as protons and alpha particles. The results presented in their work correspond very well with the data obtained in recent experiments. At the same time, the authors point to the most promising production channels for new, so far unproduced isotopes, that could be used in future research. The excellent compatibility with existing excitation functions (probabilities of synthesis of superheavy nuclei) strengthens confidence in the correctness of the presented predictions. Channels emitting one proton or one alpha particle are particularly promising for some target-projectile combinations. This result is intriguing, because it may lead to new, unknown isotopes of superheavy nuclei. Since proposed reaction channels are not overly unusual, but rather are readily available by experiment, it will be soon revealed whether the predictions about the possibility of producing these new superheavy isotopes could be confirmed.

The original works are publicly accessible:

The NCBJ Theoretical Physics Division deals with the study of the fundamental components of matter and the theoretical description of the basic interactions between them on both – micro and macro-world scales. The Division researches the basics of high and low energy nuclear physics (structure and dynamics), including the studies of the properties of heavy and superheavy nuclei. Our scientists are also developing the theory of the elementary particles, along with the supersymmetric models, that go beyond the currently known standard model, and quantum chromodynamics, that analyses the composition and interaction of nucleons. The Department is carrying out studies on the physics of non-linear phenomena, plasma physics, and the atomic condensates. Other areas of the research are theoretical cosmology and gravity theory, as well as string theory and its implications.