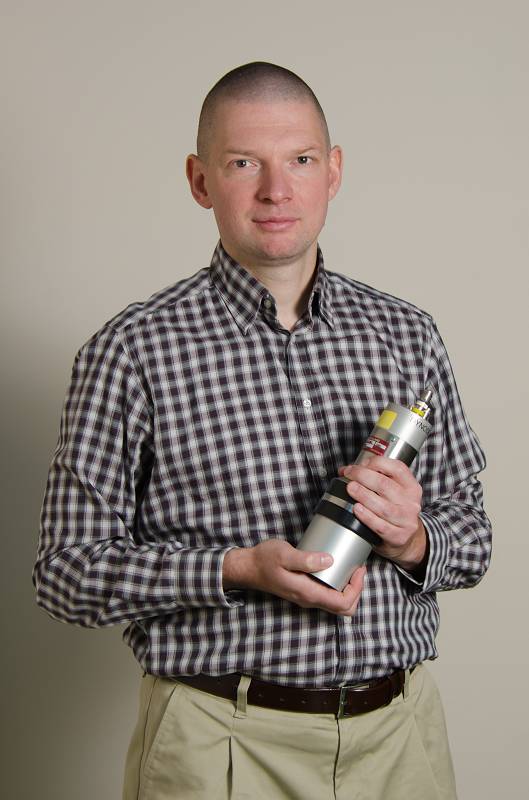 NCBJ has developed a prototype detector to identify radioactive isotopes in water. The detector will be a key element of an innovative system built to monitor radioactive contamination in municipal water supply systems, currently under development within the European Union FP7 Security project framework. Warsaw, as the first city in the world, will test in early 2016 such a solution aimed to secure tap water consumers.

Prototype trace radioactivity detector for municipal water supply systems developed in NCBJ within framework of the €3.6 million worth TAWARA RTM (TAp WAter RAdioactivity Real Time Monitor project financed in 75% by European Union from the FP7 Security programme) will be tested within few next weeks by University of Padua and ENEA Institute in Rome (Italy) teams working out a monitor aimed to protect tap water consumers.

„The system will contain three detectors. A probe containing the so-called early warning detector is supposed to generate an alert should any abnormally high gamma radiation level be detected at the water treatment plant water intake. The probe should prevent the entire plant against becoming contaminated with any significant amount of any radioactive material. The next detector will be capable to detect alpha/beta radiation with a high efficiency, however, it will be not able to identify isotopes responsible for the contamination. That latter role will be played by another gamma detector developed in NCBJ. It must provide high detection efficiency and high energy resolution necessary to identify the involved radiation emitters. Since trace radiation levels are to be discernible from natural background, both external and internal background must be kept as low as practically possible. Other design factors include detector serviceability and cost. We have selected a cerium bromide scintillation detector capable to meet the required specifications without a need to be cooled down to operate satisfactorily”– explains Dr. Łukasz Świderski from NCBJ Radiation Detector Division – „Tests were successfully concluded in August. The measurements allowed us to select optimal operational parameters, to optimize positioning of the detector inside its shielding, and to evaluate system sensitivity”.

After integration of the developed detector with the monitor (in particular with its dedicated software) and testing the entire system at the University of Padua and in the ENEA Institute in Rome, the prototype monitor will be brought back to Warsaw and installed at the Wieliszew Northern Water Treatment Plant water intake. Field tests are planned for Spring 2016.

„We are developing an innovative system to address the issue of potential radioactive contamination of water in municipal water treatment plants. The comprehensive solution will be composed of a real time monitor and a spectrometer capable to identify possible contaminants. We are very satisfied that the prototype will be field-tested in Warsaw as the first city in the world. The tests are to commence early next year” – points out Professor Marek Moszyński from NCBJ.

The system is expected to significantly improve security of inhabitants of cities in which it will be installed. Continuous monitoring and speed of reaction may be a key feature in case of any terrorist threat. So-far water quality was assessed on the basis of some periodically collected samples.

Participants of the TAWARA RTM project include University in Padua, University in Pisa, ENEA Rome, the Scionix company from the Netherlands (manufacturer of dedicated scintillation detectors for science and industry), the CAEN SpA company from Italy (manufacturer of instrumentation for nuclear & particle physics), NCBJ Świerk, MPWiK (Warsaw municipal water utility) and the Wardyński i Wspólnicy sp. k. Warsaw-based legal company.

The TAWARA RTM project accomplishment is scheduled till June 2016.

The entire currently developed monitoring solution is ready to be expanded in the future with some units dedicated to identify chemical and biological threats as well.