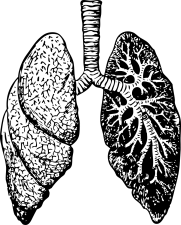 Prof. Ludwik Dobrzyński, one of the most prominent experts on the field of the influence of ionizing radiation on organisms, states in his text, that small doses of radiation can potentially stimulate the body’s defence reactions in COVID patients. The expert refers to the analogy with pneumonia and explains how the immune system can be supported by radiation provided by equipment commonly used in hospitals.

For several months we have been learning to live and fight a disease called COVID-19. The necessity to wear masks, the requirement of quarantine or keeping distance between people, forced remote services, all of this causes fatigue and harms the economy. Doctors and nurses are more than ever at high risk of a disease that damages the lungs and can be fatal. The elderly are the most vulnerable, but middle-aged and even younger people are also affected by disease and death. In some societies it causes panic, few advocate staying cold-blooded, and showing that „fear doubles all”, others believe that we should nevertheless strive for collective immunity (see Sweden) by infecting each other. Some see COVID-19 as another variant of common influenza or pneumonia. After all, it should be noted that for typical influenza, mortality is less than 1% of infected, while for COVID-19 it is on average 3%, 8–9% in patients aged 70–79 years, and in patients over 80 years the average increases to about 15%. [Jim Conca, Could low doses of radiation raise COVID-19 survival rates?, Nuclear News, June 2020, 65-66].

Doctors and scientists around the world are urgently looking for a cure for COVID-19 with no success at the moment. The disease is spreading and there is no certainty that we will win this fight. Currently, in Poland, the production of a drug based on antibodies of people cured of COVID-19 has begun and we are very pleased with this information. The main efforts in the fight are primarily about pharmacy, including the development of effective vaccines and medicines. However, viruses are becoming more resistant to drugs and we are forced to fight almost constantly – as with antibiotics, which we need to change systematically. Meanwhile, an extremely simple and inexpensive remedy, which has already been successfully tried much earlier (in the 1940 s) in the treatment of various inflammations, including pneumonia, is ignored. It is about the possibility of using ionizing radiation at appropriately low doses (compared to typical radiotherapeutic doses). Almost 83% curability and a nearly five-fold reduction in mortality, has been noticed among patients with pneumonia, treated by a dose of X radiation of approximately 0.3 Gy in the lungs.

There is extensive medical literature describing the positive effects of low doses of ionizing radiation on health. Unfortunately, this important fact is marginalized by representatives of medical professions, treated as a topic unknown to science. The belief in only negative effects of ionizing radiation is so deep that the facts are ignored, and therefore the basic principles of science are violated. The ethical aspect of such behaviour has been the subject of many considerations and has already been mentioned earlier, ex. the work of Z. Jaworowski from 1999 r. („Radiation Risk and Ethics”, Physics Today 59 (9): 59 (924–29). Last September, the NCBJ Education and Training Division organized an international symposium in Kielce (Poland) on the effectiveness of small doses in diagnosis and medical therapy. The symposium Was held as a part of the congress of the Polish Society for Radiation Research. It is significant that, despite the large participation of high-class doctors in congress, almost none of them came to the hall next door, where the symposium Was held. One of the leading works (by J. M. Clutter) presented at the symposium, is available at https://www.ncbi.nlm.nih.gov/pmc/articles/PMC6945458/. The work reviews and shows many examples of the effectiveness of low doses of ionizing radiation in the treatment of many medical conditions.

A few years ago in a publication[Calabrese EJ, Dhawan G. How radiotherapy was historically used to treat pneumonia: could it be useful today? Yale J Biol Med. 2013;86(4):555-570. https://www.ncbi.nlm.nih.gov/pmc/articles/ PMC3848110/] the successes in the use of ionizing radiation in the treatment of pneumonia in the 1940 s were summarized. It Was a call for the launch of a clinical program based on irradiating the most vulnerable patients. Unfortunately, this, as well as the other numerous calls and publications that have emerged during the current epidemic (pandemic), which have indicated the possibility of using low doses in the treatment of COVID-19 patients, have remained and remain ignored by the authorities responsible for developing therapeutic procedures. In this context, I would like to draw attention to the work that recently appeared in Dose-Response and which is available at the link https://doi.org/10.1177/1559325820950104. This work, written by three eminent specialists J. M. Cuttler, J. J. Bevelacqua, and S M. J. Mortazavi’s is entitled „Unethical not to Investigate Radiotherapy for COVID-19”. It cites a report from a clinical trial conducted at the Winship Cancer Institute, Emory University Hospital (USA), which noted that lung irradiation in five very sick COVID-19 patients, aged 64–94, connected to oxygen, led, after irradiation, to rapid improvement in clinical status. Three of these patients no longer had to be given oxygen as early as 24 hours after irradiation and a fourth after 96 hours [Low-Dose Radiation Therapy May Help COVID-19 Patients, Kathleen Doheny, WebMD Health News (18.06.2020)]. The positive news is that another 10 similar studies are currently approved. German scientists also took the matter seriously: (F. Rödel and others; Strahlentherapie und Oncologie 196, 679–682 679–(679–2020), https://link.springer.com/article/10.1007/s00066-020-01635-7). Similarly, researchers from Canada, France, and Spain confirm the potential effectiveness of low-dose therapy. If all conclusions were carefully analysed, nearly 794,000 deaths worldwide could probably be avoided (data from the John Hopkins Institute: https://coronavirus. jhu.edu/map.html 8/21/2020). It should therefore come as no surprise that the title of J. M. Cuttler, J. J. Bevelacqua, and S M. J. Mortazavi’s work indicates that it is simply unethical to refrain from trying to treat such a cheap type of therapy.

To understand, why the low-dose of ionizing irradiation (0,3–1,0 Gy) can be effective, let’s start with the fact that it does not offer a fight against the virus, but means fighting inflammation. A characteristic feature of COVID-19 is the appearance of fluid, that does not pass oxygen (through the alveoli) into the circulatory system. This is due to the so-called cytokine storm caused by a severe inflammatory reaction of the immune system. As a result, a large amount of pro-inflammatory cytokines are released. They are the main factor causing the inability to breathe, which leads to the death of the patient. According to Prof. Arnab Chakravarty, head of the oncology clinic at Ohio State University, during a cytokine storm, the body begins to attack its cells and tissues instead of fighting the virus. Radiation effectively counteracts this storm and the accumulation of fluid in the lungs. Low-doses of radiation usually stimulates the immune system to repair cell damage. Radiation strengthens the body’s response to inflammation caused by viruses and acts against the cytokine storm. This fact is confirmed by E. Calabrese – the beneficial effect of ionizing radiation is related to the polarization of macrophages towards the M2 phenotype, which is anti-inflammatory. This type of irradiation is simple, inexpensive, and available in almost any hospital with an X-ray or CAT scan. For irradiation to be as effective as possible, it should be performed on time in the initial stage of inflammation. According to E. Rödel and Others, the size of the dose in the range of 0.1 to 1 is less critical, although historically the doses in the range of 0.3-0.7 Gy turned out to be the most effective.

It is worth quoting Jim Conca [Could low doses of radiation raise COVID-19 survival rates?, Nuclear News, June 2020, 65-66], who conc­lu­des: „It would be une­thi­cal not to inve­sti­gate this appro­ach as tho­usands are still dying every day from this pan­de­mic and a vac­cine is a long ways off”.