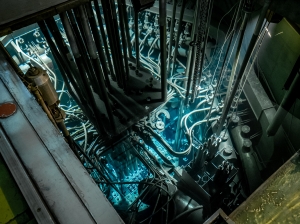 The Polish nuclear reactor MARIA was able to rapidly rearrange its work schedule to respond to the shortages of medical molybdenum-99 due to a fault in the Dutch HFR reactor. Molybdenum-99 is a radionuclide widely applied in nuclear medicine to save human life.

Molybdenum 99, the radioisotope used to make the radioactive technetium used in most nuclear medicine procedures, is made in research reactors by irradiating uranium targets with neutrons. Last week, during the start-up preparation of the Dutch HFR reactor, which is one of the world's few molybdenum suppliers, a technical fault was discovered in the cooling system. For this reason, it could not be launched on January 20 as planned. A day later, its production was quickly taken over by the MARIA reactor operating at NCBJ.

The operation to quickly launch the irradiation of uranium targets requires perfect communication between the partners. The launch of the HFR, which did not take place, was planned for January 20. MARIA started the production of molybdenum on January 21. MARIA research reactor core has great production flexibility. A detailed core arrangement calculation was performed on the spot and approved by the Polish nuclear regulatory body (PAA). All this was arranged in a matter of hours. Such a short notice response was possible since the MARIA research reactor has been prepared since 2010 for the irradiation of targets for Mo-99 production. Several cycles each year are performed and  in case of unplanned shutdowns within primary suppliers MARIA is prepared to increase its supply.

More than 10 million people died from cancer in 2019, it’s more than 10% increase compared to 2018. There is an emerging and constantly increasing need to provide various diagnosis and treatment procedures. More than a half of the radiopharmaceuticals that are used for such purposes can only be produced in the light-water research reactors with high neutron flux. MARIA is one of the most important suppliers of the irradiated uranium targets for the Mo-99 production, responsible for about 10% of the global supply. All of the targets are LEU.