In memory of Director Jerzy Kozieł 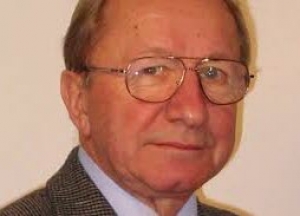 The rhythm of life and death is cruel and inevitable. Today we bid farewell to another employee of the Atomic Institutes: Director, Manager, but most importantly, an older colleague, Jerzy Kozieł, Msc Eng, who was associated with the Świerk Institute since the 1960 s. A man of great knowledge, vast professional skills and wide experience.

Most of his professional life was devoted to the Maria reactor and programs, the implementation of which was closely related to the potential capabilities of the reactor, which started operating in the 70 s. Since its start-up, he was closely cooperating with the operation teams, performing important functions, both managing the reactor teams and organizing their work in a wider scope, which was crowned with the function of Director for Radiological Safety and Protection of the Świerk Institute. It is worth noting, that he was the head of the reactor team during the first critical experiment of the Maria reactor. During his career, he also had a period in which, working in Świerk, he engaged in educational work, using his knowledge in teaching future reactor operators at the Technical Nucleonic School in Otwock. Many graduates of this school later joined the exploitation teams of Maria reactor.

Maria research reactor was built with the intent to be used in material research, exploitation of reactor probes and loops. At that time, large research projects began to fit into these tasks. Director Kozieł was an active participant and the person in charge of those projects. Today forgotten programs, such as PUMA, MAK probes, dissociation gases, back then gathered groups of young engineers headed by Mr. Kozieł. Even though time, as well as not-always-substantive conditions, gradually verified those programs, it is worth appreciating the enthusiasm and contributions of Mr. Jerzy Kozieł and the team he was managing.

Director Kozieł, Mr. Jerzy, or Jurek, was a, interesting debater, with undeniable knowledge of reactor. Discussions with him, sometimes quite polarized (and not only in relation to the subject of reactor techniques), were an interesting and constructive experience.

By bidding farewell to Mr. Kozieł, it is impossible not to mention his non-professional interests. He was a connoisseur of classical music and a declared Francophile, as well as a wine lover, which was definitely manifested when, while housing foreign guests, our partners ordered wine, contrary to the accepted code.

We say goodbye to one of the last people who created the history of Polish research reactors. A person, who sometimes provoked different emotions, but at the same time had great knowledge and the highest professional competences.