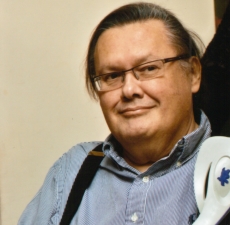 About 70 cosmology researchers from the entire world – among them some world-famous scientists – are going to attend Symposium to be held between August 24-28 in Warsaw in commemoration of the most famous Polish cosmologist – late Professor Roman Juszkiewicz.

„The Symposium is thought of as an opportunity for Polish students and young researchers active in the cosmology field to meet some outstanding scientists of a well grounded international position” – said Dr Wojciech Hellwing from Durham University. It is planned as a cyclic series. Such a series of events will surely help young people to enter the world of advanced scientific research.

Cosmologists investigate origin, structure and evolution of the Universe. Results to be presented on the Symposium concern some basic questions of the modern cosmology, including: Which structures were the first in the Universe? How galaxies were created and how are they evolving? What is dark matter and dark energy? What the Universe structure observed in large-scale and deep sky surveys is made of and how it was created? What is the Universe’s fate?

The world-famous scientists expected on the Symposium include Professor Carlos S. Frenk (British Royal Astronomical Society Gold Medal prize winner, Grubner Foundation prize winner, Director of the Institute for Computational Cosmology at Durham University, expert in dark matter and its influence on evolution of the Universe and on the structure of galaxies), and Professor Adi Nusser (Technion Institute of Technology in Haifa, a recognized specialist in the subject of galaxies own movements, modified theories of gravitation, and large-scale structure of the Universe). Professor François R. Bouchet (Astrophysics Institute in Paris, one of Heads of the Planck European mission) is going to give an invited lecture on microwave background radiation. Associate Professor Agnieszka Pollo (NCBJ and Jagiellonian University Astronomical Observatory) will be talking on the VIPERS project, currently one of the largest surveys of remote galaxies (some Polish scientists participate in that project).

Professor Roman Juszkiewicz was a recognized founder of the Polish cosmology. He graduated  at the Lomonosow University in Moscow (Jakow Zeldowicz was his tutor). In 1976 he joined the Warsaw astrophysics group. His PhD dissertation on weakly linear perturbations in the Friedman model is till these days a textbook used by cosmology students. He used to cooperate with John Barrow, Jim Peebles, Joe Silk. For many years he was an employee of Zielona Góra University and of the Nicolaus Copernicus Astronomical Centre of the Polish Academy of Sciences (CAMK PAN, one of the Symposium co-organizers).

Warsaw University Interdisciplinary Centre for Mathematical and Computational Modelling (ICM) will be one of the Symposium patrons. ICM is a computational research facility equipped with large-scale IT infrastructure, capable to perform various computer simulations applicable in sciences, technology and/or national economy. ICM infrastructure involves large power computers, data processing systems, and a wide spectrum of software packages/tools applicable in sciences. ICM Centre of Competence will be based on new infrastructure currently under development within ICM (new building for servers equipped with some technical backyard and a hardware lab) within the OCEAN project framework. The Centre will make possible to gather/analyse/process high-quality, highly-scalable data sets/collections of information essential for the entire public sphere, in particular for mathematical models constructed for scientific purposes.

NCBJ – also involved in organization of the Symposium – with its over 1,000 employees including 61 professors is the largest research Institute in Poland. Astronomy/cosmology/space radiation research conducted mainly in NCBJ Astrophysics Division is among numerous research fields cultivated in NCBJ. NCBJ cooperates with many modern research centres abroad, including CERN (Geneva), DESY (Hamburg), FAIR (Darmstadt), GANIL and CEA (France), JPARC (Japan). Apart from pure research in elementary particle physics/nuclear physics/plasma physics/material science and numerous practical applications, NCBJ’s profile include advanced computational/analytical services (delivered by Świerk Computer Centre), as well as deliveries to the largest research facilities in Europe (tens of millions Euro worth supplies of parts for CMS and LHC-b detectors used in high energy experiments run at Large Hadron Collider in CERN, LINAC 4 and GBAR accelerators in CERN, XFEL European free electron laser under development in Hamburg, W-7X stellarator under development in Greifswald, FAIR nuclear physics experimental setup in Darmstadt). NCBJ is operating MARIA, the sole research nuclear reactor in the country and one of a few reactors in the world employed to produce radionuclides for nuclear medicine.

Jagiellonian University Astronomical Observatory is the longest-tradition  research institution  in Poland – it has been operated uninterruptedly since 1792. It has been cooperating with cutting-edge research centres abroad. Its scientific profile includes cosmology, high energy physics, investigation of stars, Sun and comets. Contacts of its staff members with European Southern Observatory (ESO) greatly helped to join that international organization by Poland (in 2014).

Centre for Theoretical Physics of the Polish Academy of Sciences (CFT) is another organizer of the Symposium. CFT was established in 1979 on Professor Iwo Białynicki-Birula initiative, author of some pioneering works in quantum electrodynamics, last year Polish Nobel prize winner  (a prize awarded to outstanding scientists by Foundation for Polish Science), member and coordinator of Polish Research Network called Laboratory of Physical Foundations of Information Processing, member of National Council for Particle Astrophysics in which CFT is represented by Professor Agnieszka Janiuk). Professor Bożena Czerny from CFT is going to give during the Symposium a lecture entitled “Quasars for cosmology”.

You can e-mail any question on the Symposium to the romansym2015@sciencenow.pl address.