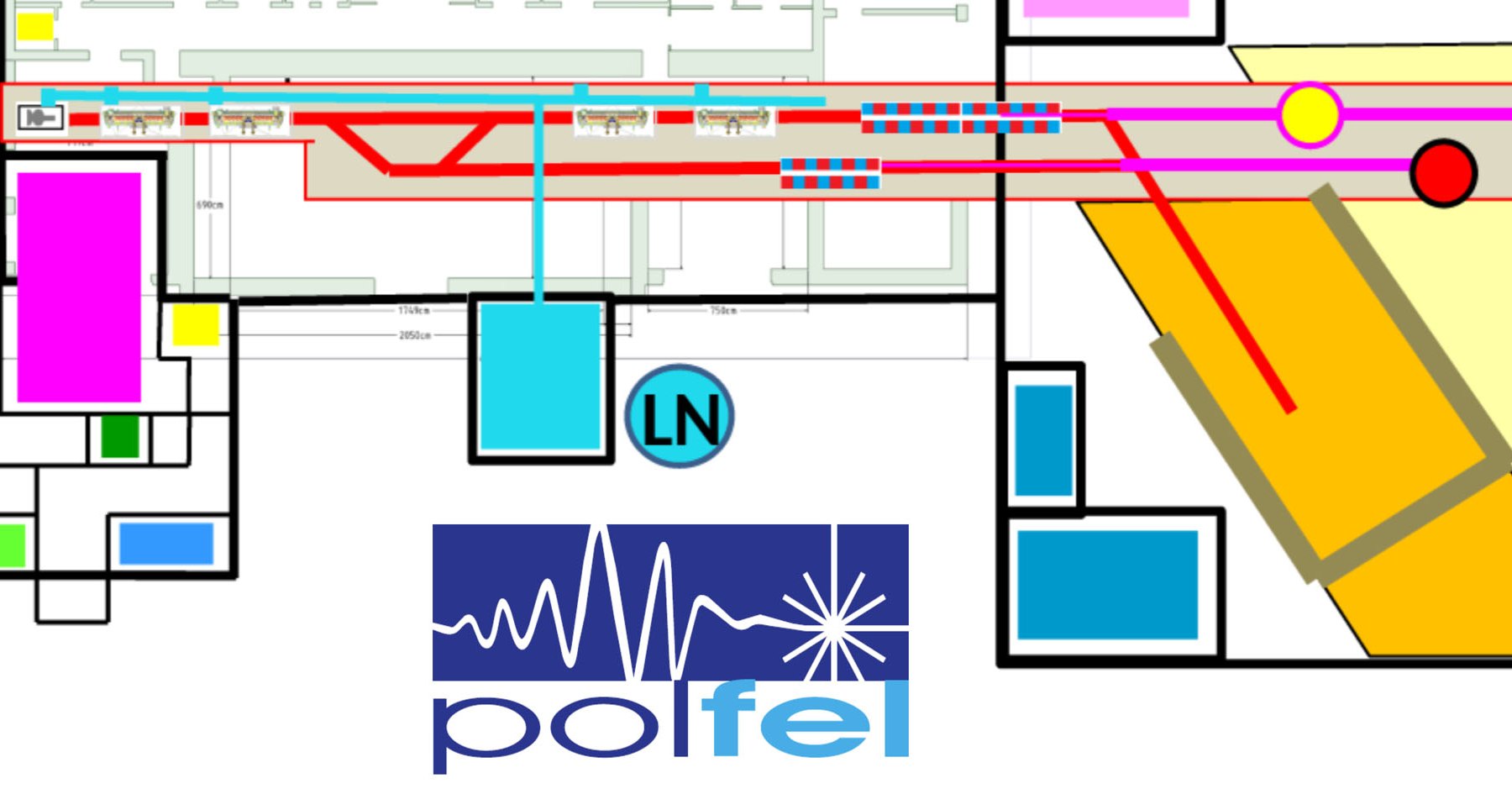 PolFEL – Polish free electron laser project, prepared by a consortium of eight scientific institutions – will receive funding from Smart Growth Operational Programme. The decision on allocating over 118 million zł on this project has reached NCBJ, where the before-mentioned device will be constructed. The project will receive scientific and technological support thanks to, among other things, cooperation of NCBJ with the creators of the most powerful device of this type in the world, operating in Hamburg for a year.

Free electron lasers, which are in the number of a few dozen in the world, allow to research materials, chemical and biological molecules and dynamics of processes they undergo, with precision unavailable to other methods. Results of the research conducted using these devices can be of revolutionary importance to medicine, chemistry or electronics.

„We have an ambitious plan to build PolFEL in the next four years” – explains Dr Paweł Krawczyk (NCBJ), who is the leader of the project. „The construction of free electron laser can be divided into four fundamental elements. First one is the electron source, equipped with superconducting photocathode. Then, there are four superconducting cryomodules accelerating the electrons to energy of up to 180 MeV. On the way of accelerated electrons, there will be two undulators, in which the electrons will be slaloming around, in a heterogeneous, specifically shaped magnetic field. During the forced oscilations, the laser action will occur and electrons will emit photons packed in incredibly short but intense impulses of coherent electromagnetic radiation, light in other words. At the end of the system there are three experimental stations, where the beam of photons will be directed to, and one using the electron beam.” PolFEL will be able to produce light with the wavelength of over 100 nanometres, so including a part of ultraviolet. Researchers will also be able to use radiation of higher wavelengths, including terahertz radiation and infrared. „We plan for PolFEL to work not only in impulse mode – like all other existing free electron lasers – but also in the mode of continuous wave, in which the pulses of radiation are generated with constant frequency” – adds Dr Krawczyk. „It will allow for research of certain rare processes, that seem to slip from the grasp of currently used methods.”

PolFEL will be constructed in a rebuild historic hall of the first accelerator built in Świerk, proton accelerator Andrzej. Another hall containing experimental stations will be erected next to the before-mentioned hall. Additional rooms will be built in the Andrzej hall, for the new laboratory on superconducting photocathodes.

Realisation of this project will be possible with help of enormous experience gained by Polish scientists and engineers during construction of XFEL laser in Hamburg. NCBJ is a shareholder of international partnership, which is the owner of this laser, and during its construction, other institutions that contributed were IFJ PAN and Wrocław Technology Park.

The fruitful partnership between NCBJ and the laboratory in Germany is still being maintained. On 25th June an annex to the agreement on cooperation between NCBJ and European XFEL GmbH was signed. So far the agreement provided for cooperation in processing of data from experiments held in Hamburg. In the annex this scope was extended to cooperative work on technology used in free electron lasers and NCBJ was planned to participate in preparing the concept of application for two out of five tunnels guiding the beams of particles from XFEL accelerator. „The XFEL consortium is especially interested, among other things, in research on superconducting lead photocathodes, which has been conducted by us for a few years.” – explains NCBJ Director General, Professor Krzysztof Kurek. „The photocathodes we have developed will enable free electron lasers to work in the continuous wave mode or in the mode of long pulses. We want to install such cathodes in the laser, which is going to be built in Świerk.” Scientists from NCBJ also report a concept of implementing an innovative method of acquiring monoenergetic beams of gamma photons in one of the XFEL channels. Such photons would be created in collisions of electrons produced in the laser’s accelerator with a beam of photons produced by traditional laser. This concept is to be realised in PolFEL project as well.

More information about the laser’s parameters:

PolFEL laser’s accelerator will be working in two modes: continuous wave (cw) and long pulse (lp). Electrons will be accelerated by three cryomodules, placed in the sum of 8 niches of type TESLA SRF. Beams of energies 120 MeV and 160 MeV in cw and lp mode will be guided to the VUV undulator, while lower energies will power the THz undulator. Generated radiation in the range of 0,3 mm to 150 nm for the first harmonic (50 nm for third harmonic) will be delivered do experiments conducted in a dedicated experiment hall. The predicted energy of the impulse will be on the level of 100 µJ for VUV and tens of microjoules for THz radiation. Maximum frequency of photon flashes in the beam will reach 10 kHz. The electron beam, after passing through VUV undulator will be reused to generate neutrons or will be used for Compton back scattering. Part of the working time of the device will be provided for research on development of FEL technology and new components of the accelerator in cooperation with STFC Daresbury, E-XFEL and DESY. The construction will begin in January 2019 and should be finalised in 2022.